A Mini Browser for the Masses

If you don’t know much about the Opera browser, that’s probably because their market share in the United States has never been particularly high (right now, it stands at around 1.5%). Opera’s competitive advantage is that they deal with the real world. They solve problems that other browsers don’t, and they do it globally and at scale. So much so that it has often been their strategy to take a look at what the rest of the browser world is doing, and then do the opposite. That’s how we got Opera Mini.

Take yourself back to 1994 if you can, when the web was young and just one of the ways to access the Internet. To the days of HTML 2.0 and HTML+, when CSS was still just a thought. A time when, if you were connecting to the World Wide Web, you could still count yourself among its earliest adopters. Even then, even in 1994, there were still a whole lot of browsers to chose from. The first people to arrive on the web were mostly amateur tinkerers and programmers, and they helped create a browser for every operating system and for every use case. In fact, much larger, for-profit corporations like Netscape and Microsoft were getting into the game with browsers of their own for sale.

Jon Stephenson von Tetzchner and Geir Ivarsøy also had a browser. They had created it as part of their research at the Norwegian telecommunications company Telenor. Telenor really had no need for a browser, but in a gracious and ultimately fortuitous decision, they handed over the rights and code from the research to von Tetzchner and Ivarsøy so they could work on it independently. They created a new company, Opera Software AS, and launched their new browser, MultiTorg Opera, which they debuted at the third ever WWW Conference in 1995. Not long after, they shortened that to just Opera.

Their browser was faster than most and pretty simple, adorned with just about none of the cruft that was starting to make its way into browsers like Navigator and Internet Explorer. It didn’t have email built-in, or FTP tools, or integrated services of any kind really. But it could load several pages at the same time thanks to its Multiple Document Interface, which was a real novelty. If you were looking for something lightweight, Opera offered a sound alternative.

While the larger browsers made a relentless play for the US market in the mid-90’s, Opera set their sights elsewhere. They gained a strong following in their own country, and by Opera version 2.0, had begun to spread to other parts of Northern and Eastern Europe. Opera would never truly take hold in the United States, but to this day, its global strategy means that it’s the most popular browser that some countries have.

During the Browser Wars, when Microsoft and Netscape squabbled over what proprietary features they could overrun their browsers with, Opera took another radical approach. They focused on implementing web standards which at the time, was still pretty much a brand new concept.

Opera lost a bit of traction during this time, thanks to Microsoft bundling Internet Explorer into Windows for free (which Opera takes special and legal exception with by the way). But their focus on standards made them a favorite among web nerds and, way more importantly, ensured that their browser would work on any device. Now and forever into the future. When the browser market was sucked into a vacuum of homogeneity brought on by Internet Explorer’s victory, Opera was able to keep moving and innovating with emerging standards.

In 2005, Opera turned their attention to the mobile browser, an extremely limited and untapped extension of the web that was barely on the peripheral of the world’s largest browsers.

This was a few years before the iPhone, in the days of flip and keypad phones. The few on the market that actually came with a browser were as basic as you could get and cumbersome to use. Most phones simply didn’t have one at all. But making the web available to everyone everywhere on every device has been something of a mission statement for Opera. They partnered with a local Norwegian television station, TV 2, to try out a beta product that would give their customers access to browsers from a wide variety of mobile phones.

Opera couldn’t guarantee that these phones would have browsers. They couldn’t even guarantee that the underlying technologies needed to run a browser, HTML, CSS, Javascript, would be accessible. They did find one commonality though. All of the phones had some version of the Java programming language running inside of them. It would take a bit of out of the box thinking to make it work, but the Opera team had a plan.

Here’s what they came up with.

When a user pulled up their browser and requested a URL, instead of making a normal request, it bounced it through a proxy server owned and operated by Opera. That proxy server would then access the requested URL, render it out completely, and then send back an interactive image of the webpage down to the browser which processed the image in a Java environment and showed it to the user. So user’s browsing the web weren’t seeing the actual webpage, but a miniaturized, compressed and interoperable version of it that could be seen by any phone running compatible software. 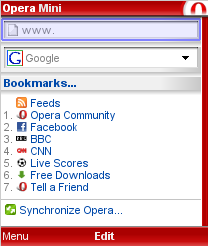 The solution was, and still is, extremely clever. Not only did it mean that webpages could be rendered on just about any phone, but pages loaded on Opera Mini could be optimized before they were downloaded, stripped of anything unnecessary, and then enlarged and scrolled through just like any other image. Pages in Opera Mini loaded quicker than their desktop counterparts thanks to some compression that was applied during processing. For most mobile users, bandwidth was at a premium. Paying less money for the same content thanks to this data-saving technique was a welcome bonus.

In the first months of their beta, TV 2 rolled out Opera Mini to hundreds of thousands of their customers. It was a massive hit almost immediately, and by the end of the year they had expanded to other Scandinavian countries. A few months into 2006, Opera Mini had been download over 3.5 million times. If anything it proved that the web wasn’t dead. Quite the opposite. People wanted the web, they just didn’t want to have to pay through the nose for it.

By the time Opera Mini 2.0 was released halfway through 2006, many millions more had downloaded the browser worldwide. Everything about the experience was optimized for users with limited or slow access to the Internet. To download the browser you could send a text to a certain number, or download it on your computer and upload to your phone manually. The browser download size was practically minuscule, under 100KB. And it came bundled along with other downloadable features, like customizable skins and ringtones.

Jump another year ahead, to 2007, and Opera Mini was up to almost 30 million users. It was only at this point that Opera’s much larger competitors began to catch up. Firefox began working on a mobile browser of their own. Apple released the iPhone and, of course, changed things quite a bit. Since then, Opera has released a mobile browser built for more modern smartphones known as Opera Mobile. 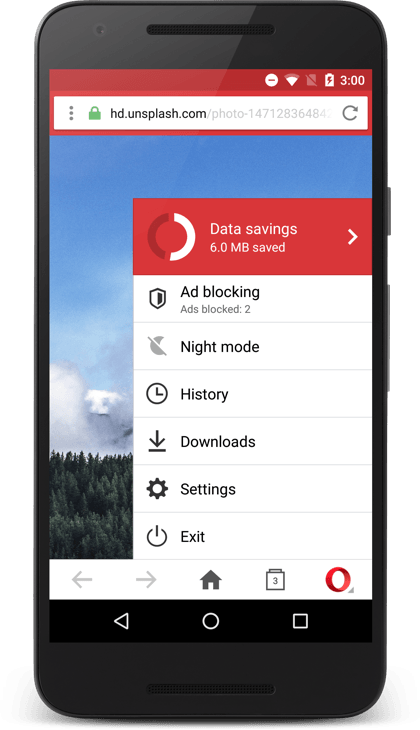 In spite of all that, Opera Mini is still one of the most popular mobile browsers in the world. In some countries, especially in Eastern Europe and Asia, their right up at the top. We forget that bandwidth is often at a premium on some global networks, and Opera Mini continues to optimize for that experience, even as the average size of webpages goes up and up and up.

I think it’s important to understand Opera Mini because of how well it fits into Opera’s legacy. They tend to do things a little differently than other browsers. That isn’t always the case of course (their recent move the Blink rendering engine comes to mind), but it is a path that’s been widely consistent. As early as 2008, about 80% of Opera’s business came from browsers that ran on devices other than personal computers. These days, you can find Opera tinkering away on browsers for gaming systems and cars and checkout lines in supermarkets. They make the web work, wherever it may be.

The Browser Engine That Could

From a browser engine that started as the lesser known option used in an obscure browser to one that would take hold over the entire browser market.