The Day(s) The Web Fought Back

February 1, 1996 was an absolutely terrible day for Shabbir J. Safdar. Safdar believed deeply in the open web, so much so that he started the non-profit organization Voter Telecommunications Watch (VTW) so that he could help protect it. That day, the first of February, the United States Congress decided to dismantle a part of the open web he loved so much with legislation known as the Communications Decency Act (CDA). It was a law he had fought hard for over a year to prevent. Alas, the battle felt lost.

The web has always kind of eluded national governments, and reactions to it have ranged from cautious distance to totalitarian control. The United States tends to lean to towards the former of the two, but from time to time legislation surfaces that shows a complete lack of understanding of the principles of the web (our recent struggles with net neutrally are a good example of that).

In the mid-90’s, the reasoning went that the web is a sort of broadcast, and that it should be subject to the same regulation as television or radio. The CDA was a provision in a much larger bill being passed through Congress that attempted to limit the access of pornorgraphic material to minors. It stated that no “indecent” material could be available on public networks where minors could access it.

Which probably sounds fine (these things often do), but it’s a fundamental mischaracterization of the web. Because the web, being open to all, really is open to all. And “public networks” and “indecent” are a really fluid terms. And it is not simply a broadcast medium, but a conversational one, and an interactive and active one, and in many ways serves the public the same way, say, a library does. As a nexus of knowledge and information, and decentralized by design, documents on the web are not simply “content,” so attempting to control what is disseminated on the web is, in a word, censorship.

(Short aside, because people tend to throw around the “free speech” a lot when talking about the web. The network of the web, by necessity and design, is open so that the world’s knowledge is not any one person’s control. The individual channels of the web, websites themselves, are welcome to lay down any ground rules they’d like about what can or cannot be said.)

The CDA was more of a blunt instrument. Before the bill was even passed, one anti-abortion Senator sought to use the bill to limit content about abortion in publicly available discussions. Other free speech advocates warned that the CDA could lead to a blanket censorship of sensitive topics, like abortion, sex education, and AIDS awareness. Many, like Safdar, saw a dark future for the web where the government could step in and limit what could be said and where on the web, muzzling the very spirit at its foundation.

Safdar, though, had one last card up his sleeve.

He began emailing every developer he knew, the webmasters behind some of the biggest sites around. President Clinton was due to sign the bill into law on February 8th, and Safdar had devised a clever way to protest it. On that day, sites would invert their designs and render the whole thing out in white text on black backgrounds, in effect “blacking out the web,” a not-so-subtle reference to the censorship implications that the CDA brought with it. Much to his surprise, quite a few developers were into it. 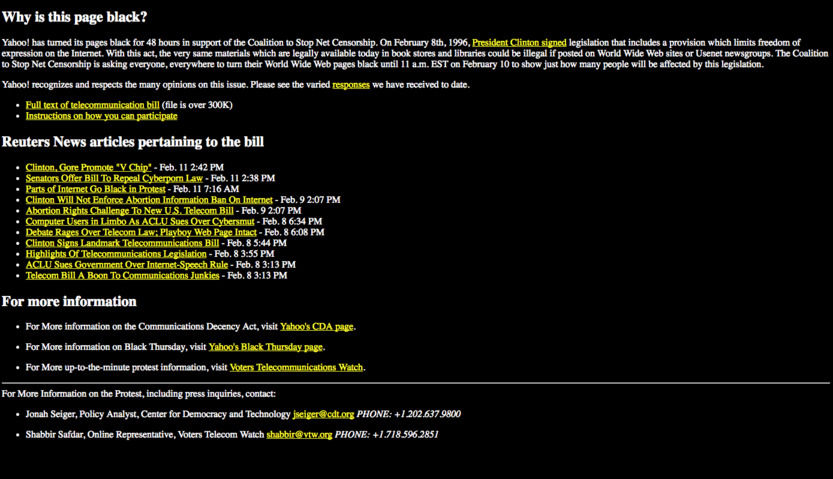 When the day rolled around, over 1,500 websites participated (Yahoo! is pictured above) in what would eventually go by names like “The Great Web Blackout” and “Black Thursday.” Sites across the ‘net, ranging from Netscape and Yahoo! to prominent universities, darkened their designs and added information about CDA to bring awareness and recognition to the issue. They spelled out what the new legislation could mean for the web, and pointed to the vacuum it would leave open for censorship and control.

It’s hard to tell just how much influence the protest had. It certainly did a good job of informing the public what was going on, and made a whole lot of people sit up and pay attention. Visitors of the web on the day of the protest probably noticed on June 12 when the ACLU brought the CDA before a federal court as unconstitutional. And they applauded almost a year later when the Supreme Court upheld that decision, finally putting the CDA to rest.

It was, sadly, an effort that would be needed again sixteen years later when Congress once again threatened the web, and the designers and developers of the Great Web Blackout emboldened a new wave to rise to meet the challenge head-on.

This challenge itself had two names. SOPA and PIPA. Those were the acronyms for legislation that was making their way through the House of Representatives and Senate, respectively. The new laws sought to limit piracy and copyright infringement abroad giving U.S. companies the ability to takedown or limit access to sites promoting piracy outside of the United States. This is of course, a problem with the web for a lot of copyright holders. But the bill’s solution was downright draconian, and critics argued that it would force entire domains to go down for a single offense, and shift the balance of power for the web in the US from a decentralized network to Washington.

Late in 2011, as the bills were being debated in Congress, an idea to protest the legislation began to circulate around the web. After all, it had worked during the Great Web Blackout, and it was a tactic that had been used more recently in 2010 by the Italian Wikipedia site to block a similar piece of legislation there. Both times it had worked. So some (including Wikipedia co-founder Jimmy Wales) began to wonder out loud and in discussion boards if wasn’t time to black out the web once more.

To test the waters a bit, Wales set up a straw poll on Wikipedia to see if editors and contributors thought it would be a good idea to fully black out Wikipedia to protest SOPA and PIPA. A majority were very much interested. And just like that, the seeds of the protest spread, beyond the oft-closed walls of Wikipedia discussion boards and onto the larger focal points of the web. Reddit, troublemakers that they are, were the first to publicly announce their solidarity with Wikipedia in early January. But it wasn’t long before Boing Boing and Internet Archive and then Mozilla and Google and then more and more had joined up.

January 18, 2012 was to be the day that sites would go dark. And this time, it wasn’t just about black backgrounds or white text. The leaders of the protest blacked out their site completely for up to 48 hours, replacing every single page with a blurb about the damage that SOPA and PIPA could do, and ways that visitors could stop it. Not everyone went that far, and some simply offered a darker design with some additional information. But if you went on the web that day, it was nearly impossible to avoid. 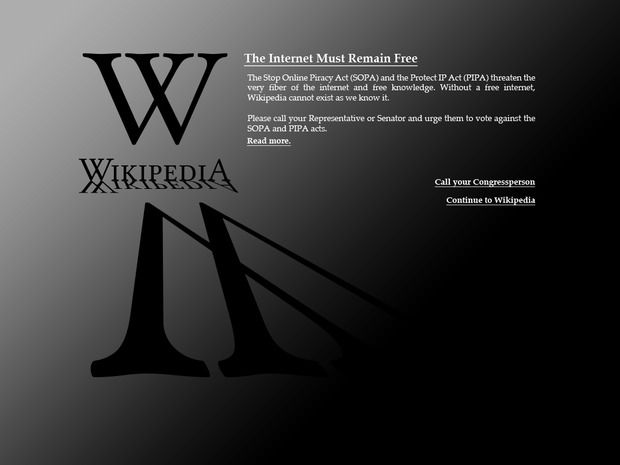 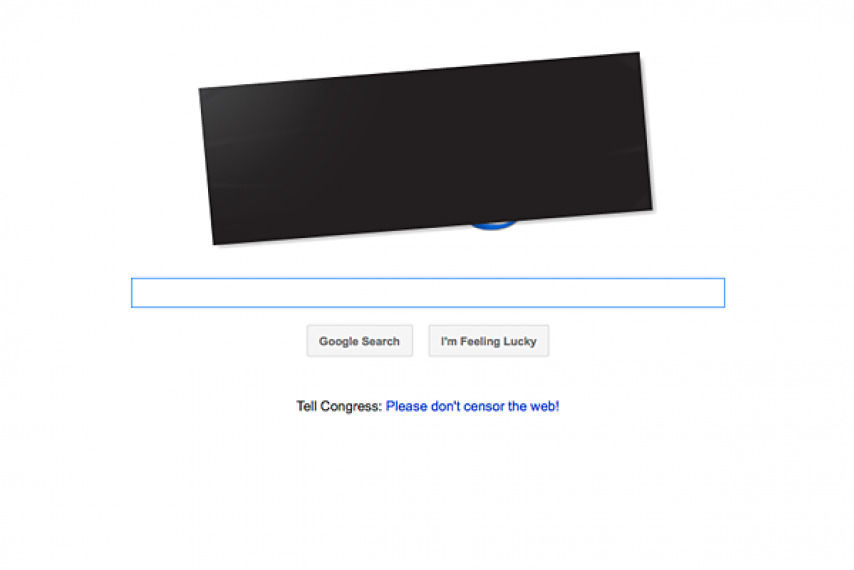 This time, the impact of the protest was palpable. Armed with information and ways to stop the bills, web users began flooding the switchboards of the United States Congress or signing online petitions in opposition. On the day of the protest, six senators dropped support for PIPA. By the following day, that number jumped to sixteen. By the end of January, a vote for the bill was postponed, and the bill was dead in the water.

The web is a medium still in motion. That’s kind of the point. World governments should figure out a way to regulate it in a way that both protects its users and the integrity of the network. Still, when there is little understanding, there is as an attempt to control. That is what is happening with net neutrality right now and it has left the web vulnerable to exploitation and centralization. As an advocate for the open web, I will continue to stand against this kind of opportunistic hoarding of control. It has, after all, been done before.