Slack had its so-called “non-IPO” this month, which seems to have gone pretty well and came with its own bells and whistles and fanfare. It got me thinking back to other major tech IPO’s, the single largest still being Netscape, which kind of started this whole tech company going public to massively inflated valuations thing, that still very much continues to this day. Brian McCullough, over at the Internet History Podcast, has a pretty good oral history of that day. It’s fascinating to go back and see how that narrative has transformed. A couple of months ago, CNBC posted its original coverage of the Netflix IPO from 2002. That one came at a particularly interesting moment, fresh off the heels of the dot-com bubble bursting, and many were still a bit gunshy about IPO’s and what they could mean.

Earlier this month, Alexis Madrigal wrote an article for The Atlantic detailing the various coalitions that are gathering against the tech world. One thing is clear. It’s coming for all angles, and it’s almost a sure thing that tech companies will be held responsible for their business practices, internal culture, and handling of user privacy. That’s a fairly good shot. Here’s your chaser: The New Wilderness by Maciej Cegłowski, an excellent breakdown of the issues with online privacy we are dealing with, and how we can redefine what privacy means for the future.

I’ve been reading up a bunch about Internet Explorer for an upcoming entries and came across this wild commercial for IE 1.0 from 1995. The positioning is clear. Microsoft wanted to be thought of as an essential part of the Internet. It was the way to connect to it, competitors be damned. The Browser Wars would mostly see that dream come true.

On Twitter, Sarah Weinman made the bold claim that the web died when Google killed off Google Reader. It’s a valid argument. It was the only large scale consumer level RSS Reader on the market, and many were forced to hop over to centralized social media platforms to get the same kind of interactions once it shut down. It’s a vacuum in the market that, instead of being filled, was replaced by sanitized, watered down versions in the form of dry social media. What do you think? 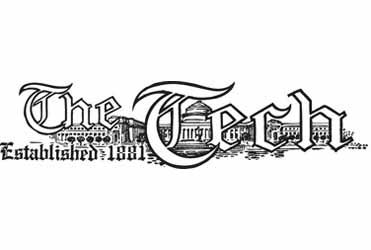 The first newspaper published online is not what you think. It began with the smallest of steps, when a group of students chose to experiment with the web.