Whatever Happened to LiveJournal?

If you’re on the web, chances are you’ve heard of LiveJournal. But you may not have heard of it lately. It was originally created by Brad Fitzpatrick in 1999 as a personal diary platform. It separated itself from other blogging services by offering users a completely open and customizable writing format, quickly bolstering its popularity. Over a decade later, in 2011, LiveJournal lost 8.2 million users in just a year, and that number has more or less continued to fall.

But what’s really interesting, and frankly terrifying, is the direct line that can be drawn from LiveJournal to the Russian government’s censorship of its media. Let’s trace that back.

In 2005, at pretty much the height of its success, LiveJournal was bought by Six Apart, themselves the creators of the wildly successful self-hosted blogging platform, Movable Type. LiveJournal grew under the leadership of its new owners as more users carved out small digital corners on the site where they poured their heart, soul and hobbies into words. 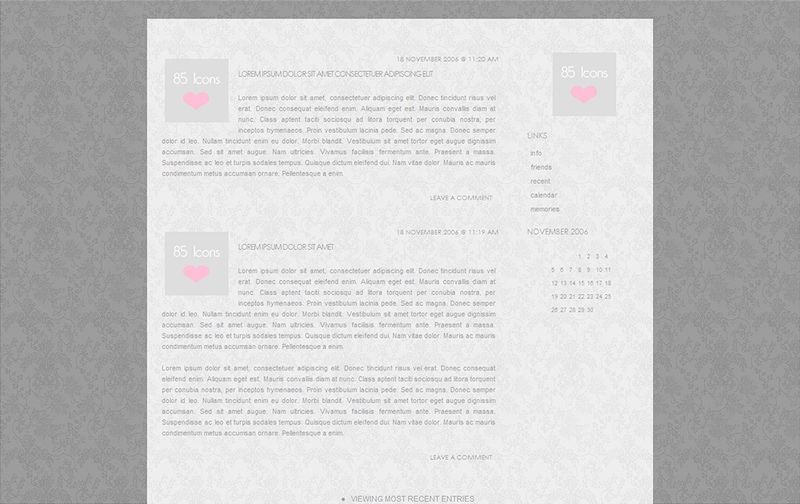 But there was another trend that had become noticeably clear. A lot of users were coming from Russia.

The first LiveJournal user from Russia signed up in 2001. But he was quickly followed by many more web-savvy Russian citizens. In Russia, LiveJournal (known as ZheZhe) became a community tool, not necessarily a personal one. It was not uncommon for a close-knit group of bloggers to respond and comment on each other’s blogs. All the time. For a lot of Russian users, LiveJournal was an early-stage social network.

LiveJournal had another advantage for Russian users. Its servers were located in the United States, California to be exact, placing them well outside the jurisdiction of the Russian state, a government that was not above censorship or soliciting corporations for private user data. The strength of the community, coupled with its geographical location, made LiveJournal the place for Russian intellectuals, activists, and journalists.

In the mid-2000’s, at a time when a Putin-led government was cracking down on the press more and more, LiveJournal offered an alternative space to speak ones mind. It attracted activists like Alexei Navalny and Oleg Kashin to set up their own blogs, and became an uncensored scene of dissenting editorials, free-wheeling opinions and guerrilla journalism.

Then things went mainstream. LiveJournal became so popular in Russia that at the end of 2007, Russian-based media company SUP bought it from Six Apart. The news was followed by a wave of outrage. SUP’s CEO was Alexander Mamut, a Russian banker with alleged ties to the Kremlin. Many feared that as the 2008 Russian election grew close, the government may step in and interrupt the service, or worse, use personal data against its users.

But at the beginning, the opposite was true. SUP set LiveJournal up as a separate subsidy in the United States. And those in charge of the service at SUP encouraged the passion and dedication of its users, fostering the community and continuing to help it grow. By 2010, LiveJournal was more or less synonymous with blogging in Russia, and even political officials and newly elected president Dimitry Medvedev had “Livejournals” of their own.

There was only one major scare after the SUP acquisition, in March of 2011 when LiveJournal servers were subjected to a particularly severe DDoS cyber attack, taking the service down on two separate occasions in two weeks. The 2012 elections still loomed in the distance, but some believed that Russian security services were behind the attack. President Medvedev came forward to demand retribution for the attack, casting some doubt on that theory.

Still, many believed that things would get worse as the elections grew close. But that wouldn’t happen until 2016.

In December of 2016, practically overnight and without any word, the LiveJournal servers were relocated from California to Russia. Which has quite a few far-reaching effects. For instance, LiveJournal would now be compelled to hand over data when requested by the state, a request it could refuse (and did) while in California. Many users understandably feared the worse.

And they were right. That same month, LiveJournal blogger Aleksei Kungurov was sentenced to two years in prison for dissenting opinions on Russia’s actions in Syria he wrote in his blog. Others began to notice that some blogs, such as those from pro-Ukranian writers, were suddenly disappearing.

In April of 2017, SUP took things one step further. They released a new terms of service that classified any blog that gets over 3,000 viewers a day as a media outlet, subject to censorship and prosecution. They also allowed the Russian government to pull any content it deemed “obscene,” which in a Putin-led government means, among other things, any LGBTQ content.

The list, unfortunately, goes on. Many users have jumped ship to other platforms, but that’s not necessarily easy for others. The Kremlin clearly intends to turn LiveJournal, one of the last open platforms available to Russians, into another state-controlled internet platform. And this appears to be just the beginning.