There are the browsers that everyone’s heard of. And then there are some that, for whatever reason, faded away. These are the latter.

Or maybe there’s a couple on the list that you know about. See if I can stump you.

Also known as MacWWW, Samba was the final browser to be released out of CERN from two members of the web’s founding team. Nicola Pellow, who had written the influential and cross-platform line mode browser while still an intern, returned to CERN to continue her work after she finished her degree. She was joined by Robert Calliau, who worked with Sir Tim Berners-Lee on the original proposal for the web, and largely responsible for its adoption by CERN. He was also the organizer of the first ever web conference.

Calliau and Pellow recognized a gap in early web browsers. None were available for the Mac. So they created a Mac compatible, text-only browser with basic HTML support. It was always meant as a proof of concept more than anything else, a way of demonstrating the web to Mac users. Even so, it had one very unique featured it called “Trace,” which let users of the browser see a timeline of how a webpage was rendered. Though trace was useful for web programmers, it made the point that this was a developer’s browser, not a consumer one.

Within a year of Samba’s release, Mosaic would release their own version of a Mac browser, developed by Aleks Totić, and Samba would cease to be useful. 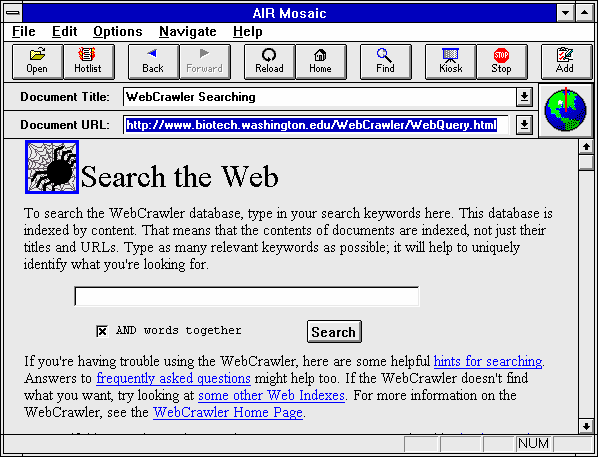 After Marc Andreessen left the Mosaic project at NCSA to kickstart his “Mosaic killer” browser with Jim Clark in 1993, NCSA made the decision to begin licensing their browser for commercial use (it’s refusal to enter the market directly was part of the reason for Andreessen’s departure). The license made Mosaic a starting point for some of the most successful browsers of the pre-Netscape web, including maybe the most successful of them all, Microsoft’s Internet Explorer. One of these projects was called Internet in a Box.

In 1994, O’Reilly partnered with networking development leader Spry to create their Internet in a Box, or IBox, which bundled together a modem, subscription Internet access, and software for connecting to the Internet into a single package. Users of Internet in a Box could follow a few instructions and start browsing the web right away, something that required dedicated time and some technical know-how just a year or two earlier. For many, Ibox was their first step into the Internet and it’s most widely useful part, the web. To serve those web users, IBox shipped with a browser of its own. A browser called AirMosaic.

Mosaic was built by students in a research lab, so AirMosaic extended the browser to make it easier to use for everyday consumers. Features that feel commonplace today, bookmarks and a detailed browsing history, were still a novelty when they were added to AirMosaic.

And it had a “kiosk” mode, which removed all of the chrome around the website (the address bar, back button, bookmarks) and left only the website itself. It’s a feature that you still can find in browsers, though it has largely fallen off. It was immensely popular in the days of the early web, when employees still had to rent out conference rooms with big screens to demo the capabilities of the web to their bosses. AirMosaic was a utility browser in the truest sense, it was all things to all people, tailored to the newest of beginners.

AirMosaic faded when IBox did, in the second half of the 1990’s. 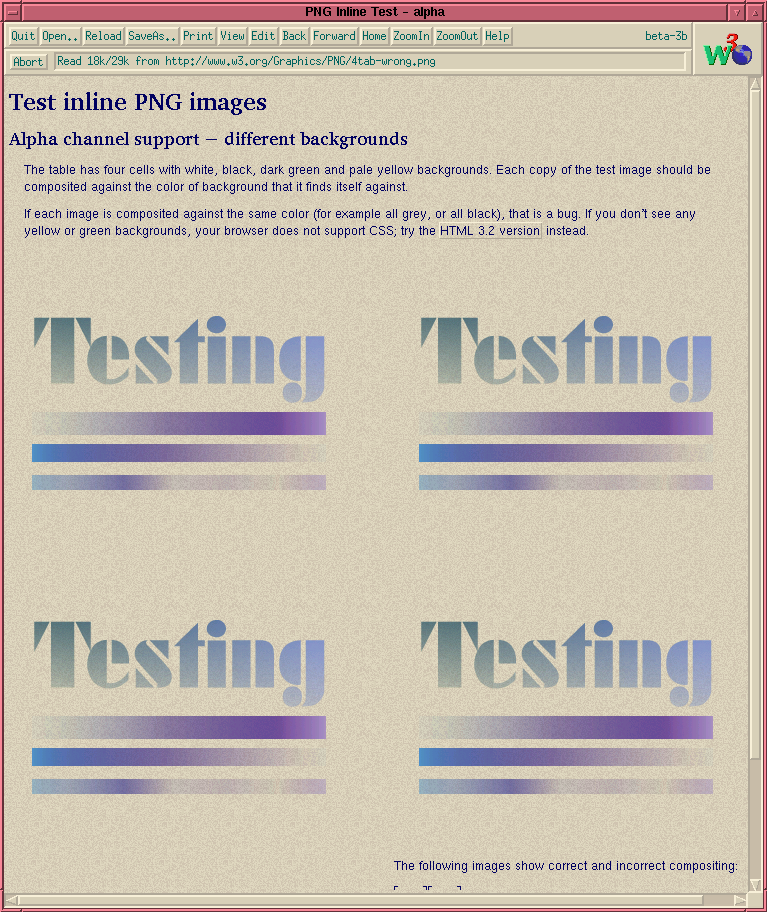 Dave Raggett is a fixture in the web standards process. He has been working at the W3C on open standards since 1995. Before that, Raggett worked as a researcher at Hewlett-Packard. It was during his tenure there that he first found the web. As he watched the web grow, he feared that browsers were beginning to leave standards behind, implementing non-standard features in HTML to accommodate more advanced layout and design options for web developers. He began to work on a new specification for HTML — dubbed HTML+ — that included these non-standard features, such as tables, markup for figures and images, and new HTML tags.

To demonstrate these features, he created a browser called Arena. Arena was the only browser to support the unofficial HTML+ standard upon its release in 1993. That made it fairly advanced, but also little more than an experiment. Once HTML+ was folded into HTML officially, Arena became the browser of choice at the W3C for testing new web standards, but it never fell into popular use.

InternetWorks is occasionally mentioned as the first browser to have tabs, a feature that wouldn’t re-appear until Firefox was released following the browser wars. And yet InternetWorks, developed by BookLink Technologies, came bundled with a host of useful features when it was released in the early 1990’s, provided you were a Windows user.

The browser was known for being exceptionally fast, thanks to a progressive loading technique that rendered out text first, images second (important in the days before broadband). It was also built on a principle of portability, and could be embedded inside of email clients and even Microsoft Word, to bring the web with you as you worked. But its most distinctive feature — besides tabbed browsing of course — was its Card Catalog. Drawing on a library metaphor, InternetWorks allowed its users to organize bookmarks into different catalogs, by subject or any other hierarchy they wanted to use. Pages could be drag and dropped into any catalog, where they were instantly saved for browsing offline. A one-stop shop for storing bits of your brain.

InternetWorks suffered from its own success. It was acquired by AOL early on in the web’s history, in 1995, and was embedded into the AOL platform. A few years later, AOL would acquire Netscape for 4 billion dollars, overshadowing any previous investment in BookLink, and InternetWorks. 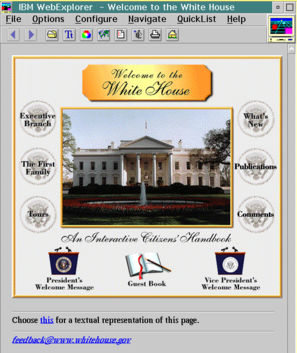 WebExplorer may just be the most highly rated browser on this list, but also the least known. It was created by IBM for their once popular but now discontinued operating system called OS/2. Version 3 of that operating system was called “Warp” and it came bundled with the WebExplorer browser. There wasn’t a ton of people that used it, but those that did frequently raved about what it could do.

WebExplorer was one of the first browsers that supported HTML tables and GIFs. It had useful tools embedded inside, such as a presentation mode (much like AirMosaic) that removed the chrome from the browser and left only the website on screen. But much like InternetWorks, WebExplorer set itself apart with an innovative approach to browsing history.

Upon the release of WebExplorer in 1995, the web was still a place of (as the name suggests) exploration. With far less websites to browse, many web users found themselves often combing through websites they had visited before. WebExplorer featured a unique “WebMap,” a visual trail of websites that you had visited, arranged in a hierarchical, linked visual directly in the browser. Its interface is similar to the filesystem on any operating system, clicking a website would show you where you journeyed to next, and where those pages took you, and on and on as you charted your way through cyberspace.

WebExplorer was featured in magazines and books and hailed as a one of a kind of a browser… for about a year. By the time Netscape gained steam, WebExplorer would become little more than a memory. 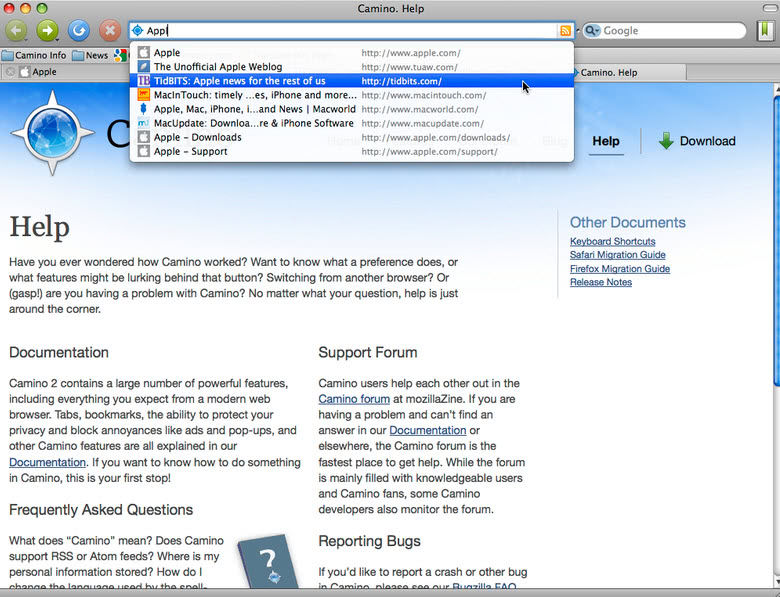 After Netscape lost the browser wars and released their browser as open source, a few programmers began to work on a Mac version. They took the rendering engine from the in-progress browser that would eventually become Mozilla Firefox, and adapted it to the native Mac Cocoa API. The result was Chimera, later renamed to Camino, which had its first version in beta in 2002, a year before Safari — the first official browser from the Apple team — hit the market.

Camino has had about as many bad breaks as any browser can during their development cycle. One of the original team members, Dave Hyatt, left to go and join the Safari team. When AOL took over Netscape, they stripped the project of all but a bare-bones crew just months before it was set to go live at MacWorld Expo. As a result, it didn’t even manage to release Version 1.0 until 2006, four years after development initially began.

Nevertheless, Camino managed to gain a loyal if small following of people that embraced its pedigree in open source technology and its devotion to speed and performance above all else. Built specifically for the Mac, it was often able to edge out browsers ported to the Mac as an afterthought. And because it was being built in the open, it often adopted new features or cutting edge UI improvements (an early version of the browser opened new links in separate tabs instead of new windows, a simple but extremely popular feature) that kept it ahead of its competition.

Camino managed to continue devleopment until about 2012, and formally discontinued the browser in 2013. By then, Webkit-dervied upstarts Safari and Google Chrome had all but left them to dust.

Before the Wars, Browsers Were Everywhere

Before browsers were truly cross-platform, there was a time when each operating system had their browser of choice, and it was tailored to the needs of those users.